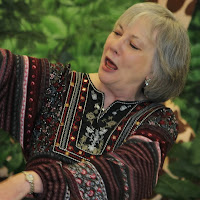 But Evvie Miser was also the wealthiest person in the town of Cleanville.  She owned the big paper mill that was responsible for all the pollution in town.  Its smokestacks belched out black smoke that filled the air, and Evvie Miser thought nothing of dumping her mill waste in the nearby river.

Once, a town councilman tried to get a law passed that would require Evvie Miser to buy new, environmentally friendly equipment for her mill.  But he forgot that half of the town worked for Evvie.  She called all her employees together and told them that if that law passed, she would close the mill.  She had no intention of spending her hard earned money on new equipment when the equipment she already had worked perfectly fine.

Naturally, all the people who worked for Evvie Miser were afraid to vote for the law.  They did not want to lose their jobs.   And so they voted against it, and the law did not pass.  That town councilman was voted out of office at the next election, and the air in Cleanville got more and more polluted, until you could not find a man, woman, or child who did not wheeze and cough.

One morning, Evvie Miser got to work nice and early.  She walked right past her secretary, Miss Hoper, without saying a word, as usual, when she noticed something in the office had changed!  Miss Hoper had two wastebaskets sitting beside her desk!

“What is the meaning of this?” Evvie Miser demanded.  “Did I authorize the purchase of an extra wastebasket?”

“No, Mrs. Miser, you didn’t.” Miss Hoper replied softly.  “But it cost only three dollars, and I thought it was time we started recycling here at Miser Paper Mill.”

“Well think again!”  Evvie Miser waved her hands over her head and stamped her foot in anger.  “You either return that wastebasket or I will deduct it from your paycheck, and you will be relieved of your duties here!  Recycling takes extra time, and I don’t pay my employees to waste time.”

“And don’t you forget it!” Evvie Miser retorted.

That afternoon, as Evvie was driving home in her gas guzzling SUV. She stopped at the Burger Doodle for dinner.  She threw a fit when the girl behind the counter gave her a hamburger and French fries wrapped in paper.  And she got even madder when her coffee was served in a paper cup.

“What is the meaning of this?” Evvie demanded.  “That hot food and drink will burn my hands through that paper!  What happened to the Styrofoam that you usually serve your food in?  That’s the only reason I eat here!”

The girl behind the counter had never seen Evvie Miser so mad!  “Paper is better for the environment, Mrs. Miser.  Styrofoam is not biodegradable.  We have decided to run a green business here at Burger Doodle. We use only recycled paper now.”

“Biodegradable, schmiodegradable!  If I can’t have my food served in Styrofoam, take it back!  I refuse to get third degree burns just so you can feel good about the environment!”  Evvie Miser complained.

The girl behind the counter got some left over Styrofoam containers and cups from the back of the kitchen, and she took Evvie Miser’s food out of the paper wrappers and put it in a Styrofoam box.  Then she poured Evvie Miser’s coffee into a Styrofoam cup.  “Please come back, Mrs. Miser,” She pleaded.  “We want your business here at Burger Doodle.”

“That’s more like it!” said Evvie.  Then she ate her food and drove home.

When she got home, it was dark.  So Evvie Miser went to bed.

At midnight, she was awakened by a strange noise.  It sounded like tin cans banging together!  She turned on her light and there beside her bed stood her dead husband’s ghost!  He was covered with garbage! He smelled rotten, and he was dragging a long line of tin cans behind him.

“Wharton,” she smiled timidly, “what are you doing here?  You’re dead! And why are you covered with garbage?”

“I am wearing the pollution I caused in life.  That is my fate,” Wharton wailed.  “It will be your fate, too, Evvie Miser, if you don’t change your ways.”

“I have no intention of changing my ways!” Evvie Miser protested.  “My ways are perfectly fine!”

Her late husband continued speaking as though he had not even heard her.  “At the stroke one, you will have a visitor.  Then another will come at two and another at three.  Pay heed, Evvie Miser!  Pay heed!” And then he disappeared.

Evvie rubbed her eyes in disbelief.  “I must have gotten a bad hamburger,” she mumbled.  “This is just a bad dream.”  Then she went back to sleep.

She was awakened again when the clock struck one.  She could feel the presence of someone else in the room.  “Who’s there?” she demanded.

Then she heard a tinkling laughter coming from a glowing light in the corner of the room. Evvie looked closer and saw an attractive woman dressed in a stylish housedress, just like the one her mother had worn when Evvie was a little girl.

‘Momma, is that you?” asked Evvie.

“No,” the woman replied.  “I am the spirit of the environment past.  Come with me.”

Before Evvie could object, she found herself standing beside the woman in a beautiful little park.  It was the park Evvie had played in when she was a little girl.  How she had loved spending time in that park!  She remembered watching the fish swim in the clear water of the pond, smelling the many different flowers that bloomed there, and lying on her back in the soft green grass, staring up at the clouds.

“This park is giving you happy memories, Evvie Miser.  I can see them in your eyes,” said the spirit.  “Don’t you think that other children deserve to have a nice, clean place to play, too?”

“What do I care!” snapped Evvie. “I don’t even have children, and I don’t have time to waste strolling in a park.  What has this got to do with me?”

Just then Evvie awakened again in her bed.  “What!  Was I dreaming again?  I am going to sue Burger Doodle!”

But in that moment, the clock struck two, and another woman stood in her room. She had her hair back in a bun and wore black rimmed eyeglasses. She was dressed in a black business suit and wore sensible black shoes.

“I am the ghost of the environment present,” the woman announced.  “Come with me!”

Once again Evvie Miser found herself in the park.  But it looked different this time.  The water was so cloudy she couldn’t even see the fish!  And there were no flowers at all and very little grass.

“What happened to this place?” Evvie Miser asked.

“Pollution!” cried the spirit.  “The smog produced by your mill has dirtied the water and killed the flowers and grass. Aren’t you ashamed of yourself, Evvie Miser?”

“But at what cost?” the spirit implored.  “In just a few years this park won’t be fit for man or beast to frolic in!”

Suddenly Evvie found herself again in her room.  The clock was striking three, and a large, ominous figure in a black robe was standing beside her.  As mean as Evvie was, she was frightened now.

“Who…who are you?” she stammered.

The spirit said nothing, and before Evvie knew what was happening, she was back in the park again, standing on top of a trash pile.

“Get me out of this garbage!  I demand that you get me out now!” she screamed.

The spirit said nothing, but pointed to two figures, a grown-up and a child, who were wearing what looked like space suits.  The grown up was saying, “Son, I remember when these anti-pollution suites weren’t necessary.  I remember when I could breathe the clean, fresh air.  And just look at the park!  There’s too much trash for children to play in it.”

“How did the park get to be so awful, Daddy?” asked the little boy.

“It was Evvie Miser that caused all this,” replied the man.  “She never cared a lick about the environment.  Since she was too powerful for anyone to fight, everyone else just stopped caring, too.  There was a big celebration when she died.  She was buried right there in the park, underneath all that trash that she was responsible for.  Good riddance, I say!”

“What’s that?” cried Evvie Miser. “People celebrated when I died?  I was buried under this trash! That can’t be!”

Slowly the third spirit pointed to a big pine box sticking out of some trash in the corner of the park.  Evvie ran to the box and dug through the trash with her hands.  There on the top of the box was a metal plate that said, “Her lies Evvie Miser.  May she never find peace!”

Suddenly Evvie was back in her room.  She squinted at the sun shining through her window.  It was morning!

Evvie Miser looked around the room.  The spirits were gone.  Had they all been dreams?  Then Evvie looked at her fingernails.  There was garbage underneath them!”

When Evvie Miser got to work that morning, she went straight to Miss Hoper.

“Miss Hoper,” she said, smiling meekly, “I’ve changed my mind about that extra basket. You were right.  We should be recycling here at Miser Paper Mill.  Get the basket back, and get everyone else an extra basket, too.  And I am going to give you a big bonus for thinking of it.”

Miss Hoper did not know what to think.  She had never seen Evvie Miser smile before.

“And get that town councilman on the phone, “Evvie continued. “You know, the once who lost the last election?  I want to hire him to get modern equipment in this mill, equipment that won’t harm the environment.”

“Yes M’am!” beamed Miss Hoper as she picked up the phone.

That evening, when Evvie Miser stopped at the Burger Doodle on her way home, the girl behind the counter served her food in Styrofoam.

“I’m sorry about last evening,” Evvie apologized.  “Please put my food in paper.  You were right to go green her at Burger Doodle.”

After eating her meal, Evvie Miser went to the car dealer and traded her gas guzzling SUV in for a small, economical hybrid.

She never took the environment for granted again. And if you should take a trip to Cleanville today and mention the name Evvie Miser, the folks will sing her praises. After all, they say, she cared more about the environment than anyone who has ever lived in Cleanville.