Coal Mining in Wise County, VA in the Early 1900s

What a wonderful gift it was to receive from Scott Jessee this letter from my father, Theodore Alexander Wright!

This is a letter written by Theodore Wright in August,1985. It tells in very graphic detail what the coal mines in Virginia City were like in the early days of mining. I have copied it just as he wrote it. Theodore was the son of Charles Q.and Melva L. Buchanan Wright. Thanks to his nephew Carroll for sharing it with us.

Dear Bill, Let me tell you about the old Virginia City coal mine. I was born there March 30 , 1905. My sister sent me a clipping from the paper where you requested some information on mining in the old days. At the time the life of the coal miner was hard and you were always in danger. This mine was one if not the first to work in Wise County. The N&W railroad was here a while before it got to Norton.

When I first remember the coal miners were working for 15 cents an hour. They worked 10 hours per day. The system of mine work used then was crude compared to work today. They used a little steam coal burning locomotive (dinky) to pull the mine cars on the main line. It went about half a mile inside the mine to the parting side track. Mules gathered the coal and pulled it to this point.

The miners often went to work several hours early in order to have coal shot down for the shift that day. That gave time for the powder smoke to clear up early. No coal cutting machines were used. The miner would take his coal auger which was about 6 feet long and bore several holes shooting one at a time . Next he would take his tamping bar with a brass head to guard against sparks and what was called a needle. This was a long slender rod smaller where it entered the powder charge and a looped handhold on the other end. Next using a long piece of round wood such as a broom handle he would shape a rolled paper holder for the black powder cartridge. The needle was then pushed in to this cartridge and using the tamping bar it was pushed to the back of the hole. Now using dirt and slack coal he would tamp the hole up solid. Now carefully twist and remove the needle and use for a fuse this little device known as a squib. This consisted of a small tightly rolled section of powder about 1/4 the size of a cigarette. This contained a loose section of slow burning paper. The squib was placed in the needle hole and lit with a match. After it burned to the powder and ignited it the squib took off back through the hole like a miniature rocket and exploded the powder charge. This would shake up the and loosen a certain amount of coal. This was to be loaded in the mine car which held about 2 and 1/2 tons.

In taking the history of the old days of coal mining lets not forget the company stores, I see where one historian checked the entire coal fields of W. Va. and only one could be found. We have heard the saying I owe my soul to the company store. Maybe some of them did put a little to much pressure on their customers but these stores were a great help to the miners at that time. Some mining villages were located far up the hollers and they carried everything any one needed for plain living. You could buy furniture stoves and most household hardware. If people went to a private store they were often miles away and there was only two ways of moving loads horse and wagon or rail freight.

Things remained pretty much like this until the invasion of the Ford T models then things slowly started to change.

We didn’t have to many things for recreation. We played sand lot baseball pitched horse shoes and the greatest game for the children was marbles. The men did quite a lot of hunting small game. most of Wise County at that time was covered with hardwood forests and squirrels were plentiful. Also rabbits, ruffed grouse and quail. Most of the miners lived on a patch of land and raised a good part of their food. This was a great help for most of them had large families.

A short time before World War 1 VIC & C Co. (Toms Creek) bought the place and the eight hour day went into effect and wages started to rise until they were much better than in the early years.

People who traveled very far from home caught the train for that was all there was. The N&W Ry ran four passenger trains each day between Norton and Bluefield, two each way. Four miles away in St. Paul the CC&O ran four more trains 2 north and 2 south. This line also ran a 1 car train to Dante in the late afternoon which was known as “the Short Dog”.

After WWI things changed rapidly and it wasn’t long until they started a bus line in the beautiful hills of Wise County. Things were never the same again. The City Mine got a couple of battery locomotives ( motors) and one 10 ton trolley motor that replaced the dinky pulling coal out of the mine. The dinky still pulled the coal from the side track near the drift mouth to the tipple half a mile away.

Most old time people refused to work under ground in the mine . They said they didn’t want to go under ground before their time. At the start of this coal mine they bought some miners down from Pennsylvania who were experienced miners. The younger mountain men took to the mines like ducks to water. Their fathers would cut timbers or do the tipple work. They working what was called the Jaw Bone seam which had the name of being rather low grade coal. The work got pretty slack at times often down to two or three days per week. They had installed their own steam power house there at the mine. They would blow the whistle starting at 5 and on the hour until 8 A M . The name of this seam was later changed to Shannon seam in hoping to give it a better name.

The Depression came early to the “City” and the mine shut down in 1921. Except for a short period in the 1926 when a coal strike was on at the union mine the NO. 2 mine worked for a short time and shut down again. The mine didn’t work again until well after WW II.

Now Virginia City is no more. The strip miners came in and the steel of the bull dozers swept it away.

Bill if you can use this in the history of old time mining in Virginia you have my permission to change it in any way you like. This is due to the fact that my education like most old time miners is very limited.

(P S ) I Didn’t mention that the whistle at the power house didn’t blow on the days there was no work. When you heard the whistle you got up and went to work. 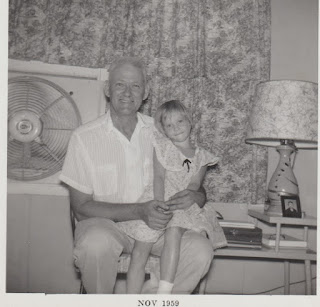